Goods and Services Tax (GST) was scheduled to be launched on 1st July 2017. National Academy of Customs, Excise & Narcotics (NACEN) is the apex institute of Government of India for capacity building in the field of indirect taxation. Marathwada Mitra Mandal’s Institute of Management Education Research and Training (IMERT) has been accredited by NACEN as approved Training Partner for GST training. NACEN has nominated IMERT to impart 3 days GST training all over India utilizing its faculty members who are accredited GST trainers. This course is designed for Businessmen, Finance and Accounts Professionals, SMEs, Government officers, Academicians and Students to get deeper insights on the GST.

As part of it, IMERT organized a GST Training programme for Marathwada Mitra Mandal’s accounts and administrative staff. The sessions were conducted by NACEN accredited GST Trainers. There were nineteen participants for the GST Training. Programme was inaugurated at the hands of Dr. Shriram Nerlekar, Director, IMERT. During the programme the NACEN accredited GST Trainers were felicitated in the hands of honorable Principal Bhausaheb Jadhav, Executive President of Marathwada Mitra Mandal by providing the certificates as received from NACEN. 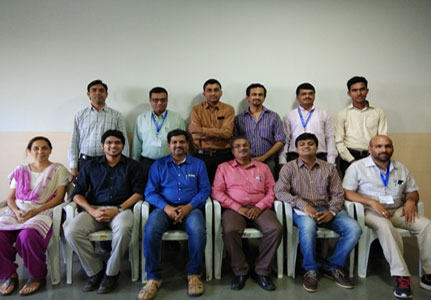